I have not seen the History channel’s remake of Roots – though I do plan on binge-watching it over the weekend – and my initial reaction to the news of a remake was one of horror. The questions “how could they”, and, “is nothing sacred?” were uttered from my mouth more than once whenever I was reminded of the upcoming premiere of the Roots remake. I had seen the 1977 Roots miniseries in it’s entirety when I was in fifth grade, 26 years after it’s network television premiere. My teacher, whom I will always be grateful to for this, took an immense risk that I couldn’t even begin to realize by screening the series for the class. I remember she would stand by the door while it played, ready to turn off the television incase an administrator should walk in, yet me and rest of my fifth grade class were not aware of the risk she was taking, nor were we aware that we were viewing anything that was considered not for our eyes. Roots is such a treasure to me, and for many Americans, because it was my first education in American slavery. And in being so was my first lesson into how I got here. In elementary and middle school one learned just enough about slavery to know that it existed, but Roots was the first time American slavery was laid in front of me in detail, in all it’s ugliness. It felt as if a veil had been lifted and ‘slaves’, in my mind, were no longer just a dark huddled mass; they were people, with names, with faces, with experiences, with families. They struggled, they fought, they loved, they lived, and they died. Roots didn’t open my eyes to what happened to slaves in this country, it opened my eyes to what happened to people in this country. 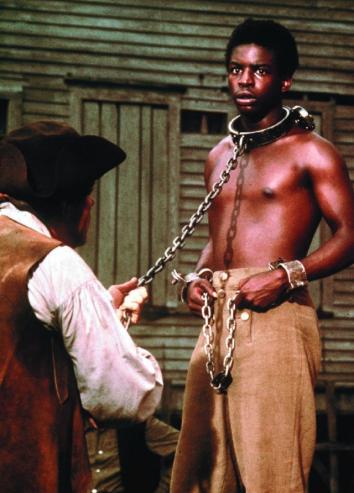 So, as time went by and promotional advertisements worked their magic, slowly but surely I went from feeling perturbed, to eager when it came to this revival of Roots. I began to wonder what this incarnation would mean to this new young generation of Americans who still had to learn of the horrors of American slavery. However, the difference between Roots then and Roots now, is the massive commercial and critical success of slave narratives in the past 10 years. I’m not sure if you’ve heard, but Nate Parker’s Birth of a Nation premiered at Sundance and was bought by The Weinstein Co. for a whopping 17.5 million dollars. The sale broke Sundance records and one can be sure that The Weinstein Co. is going to pump the hell out of it. They are going to tout it as the most important movie in American history, the film every American must see, the words ‘breathtaking’ and ‘sensational’ will, surely, be utilized; it will go on to earn millions of dollars, and no doubt, a few Oscars. These are all good things, I’m sure the film will be worth watching, but this situation sounds familiar. Steve McQueen’s 12 Years a Slave (2013) was marketed in the same fashion, critics called it ‘breathtaking’ and ‘sensational’, it was touted as the best movie about slavery ever made. Perhaps it was, but the merit of the film alone is not what has Hollywood so ready to produce the slave narrative. Rather it’s the $$$. From Django Unchained, to 12 Years a Slave, The Birth of a Nation, Belle, and now the remake of Roots, movies about slavery are making tons of money; more money than ever before. It’s one of the few genres, besides superhero movies, that studios feel are a safe investment.

Why? Well I didn’t intend to delve that deep on this first go-around, but the case remains that I’m conflicted! The original Roots taught me about who I am, how far back I’ve been, and thus, showed me where I’m going. It did this for generations of African Americans because since slavery is not often discussed in classrooms, we’ve pretty much left it up to films to tell us the history of slavery. This is both good and bad, it all depends on the motivations. Alex Haley, was inspired to write Roots: The Saga of an American Family, through his relationship with Malcolm X while he was writing his autobiography. Malcolm constantly alluded to the fact that African-Americans, being cut off from their history, not knowing where they came from or their real last names, were, and always will be, in a state of mental imprisonment. Haley soaked in all this and after Malcolm was killed and his autobiography published, wrote Roots; a sprawling epic that follows a family across generations of slavery, tracing all the way to Gambia. Those were Alex Haley’s motivations, he was trying to paint a picture, he was trying to give names and faces to not only his lost ancestors, but to to the millions of descendants of slaves living in this country. This is what I mean when I say it depends on the motivations. So I ask, what are the motivations for this new Roots? I get the feeling it’s a bunch of suits in a room with charts and numbers, explaining why a remake would have huge earning potential. Nate Parker, star of Red Tails, and Writer/Director and star of Birth of a Nation, went through hell and back to get the film made; he stopped taking acting gigs for more than a year so that he and his agent could focus solely on financing the film. It was a story that he felt was more important than anything he could ever do, and, hopefully, The Weinstein Company’s motivations for distributing the film are as noble as Parker’s were for making it. 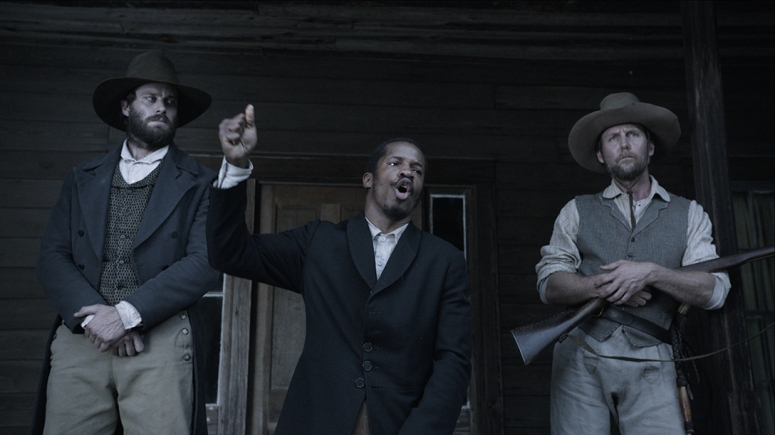 And perhaps the most questionable aspect of the recent plethora of slave movies, to me, is: at a time where it seems we have come so far, we are looking back more than ever.  Black actors and actresses have fought tooth and nail to be considered for roles that are more than just the status quo. And it would seem that today, some of our finest black actors and actresses can only find challenging and complex work when playing slaves or nannies. If they do manage to find fulfilling roles outside of the slave narrative, it is playing the role of the slave that seems to illicit praise from the film industry and overshadow the work they have done before and will do after. Octavia Spencer, Chiwetel Ejiofor, and Lupita Nyong’o, are just a few that are destined to be forever attached to the slaves they played on screen, and that sad fact is a huge disservice, not just to black actors, but to all actors. Aspiring actors and actresses and filmmakers need to know that there is no limit to the stories they can tell, or the characters they can portray.

So again, I don’t know where I stand on the issue, but I do know that the slave narrative isn’t going anywhere. I know that I am extremely grateful for the original Roots, and I believe in a films ability to start conversations, change minds, and open eyes. But my gut – my gut being all that I have – tells me that in spite of film’s ability to do all these wondrous things, Hollywood is producing the slave movie en masse, overall, because of a film’s ability to make money.