The 2016 Academy Awards will forever be remembered as #OscarsSoWhite, and for good reason too. There wasn’t a single black actor (or non-white actor of any kind) nominated for any of the Academy’s acting categories. Sure, worse things happened in 2016 but let’s not get it confused: the Academy Awards is a cultural institution, and while they may not represent the most popular films, they should at least recognize bravery in filmmaking, along with those films that push the needle. Performances like Idris Elba’s in Beast of No Nation, or films like Straight Outta Compton getting no love showed a failure on the Academy’s part on a few levels. They failed to not only be inclusive – for inclusivity is not inherently required of the Academy – but more importantly, they failed to recognize films that changed the cultural landscape and created conversations. So, with the 2017 Academy Awards approaching, we waited to see how the Academy would treat this year’s slate of films which were undoubtedly some of the rawest, and boldest, to be released in quite some time.

This year the Academy nominated 6 black actors, as well as Moonlight, Fences, and Hidden Figures in the Best Picture category. While the Academy patted itself on the back for its recognition of films that otherwise deserved it, they also displayed their reluctance to be confronted with anything remotely real. What I am talking about is the reason behind all the praise for films like La La Land and Nocturnal Animals. Sure, films like Moonlight and Fences are getting nods, but it already seems as if they stand no real chance of winning against La La Land, not because it is a better film – it certainly isn’t – but because Moonlight shows you harsh realities while La La Land shows you the perfect dream.

Now, Nocturnal Animals is high-art drab, but people like it for the same reasons: all of the unpleasantries in the film are knowingly not real. A large part of Nocturnal Animals is a story within a story. Susan Morrow (played by Amy Adams) spends much of the film reading a book written by her ex-husband. As the story of the book plays out on screen, it gets dark and gritty real fast, however, the audience is comforted by the fact that it is just a book, and the only thing ‘real’ is Susan’s depressing life – which Tom Ford tries to convince us is the real tragedy. I didn’t quite understand that when I initially asked why do people like Nocturnal Animals? but watching La La Land made this point abundantly clear: more than ever, people are looking to films for an escape

Don’t get me wrong, films have always been a vehicle for escapism but, a new class of filmmakers have begun to use their films not to provide an escape, but instead, to shine a light and illuminate those very societal ills that people once sought to use movies to get away from. You can go see Moonlight and be made aware of how a poor, gay, black kid must live to survive in this country, or watch Fences to see the trials and tribulations  of a black family living hand-to-mouth in the 50s; and then there’s Hell of High Water, an action-packed heist film about the ruin that the greed of big banks have wrought on small town America. Of all these eye-opening and staggering films, which does the Academy shower with praise and can’t seem to get enough of? La La Land, the film that has nothing to say at all. 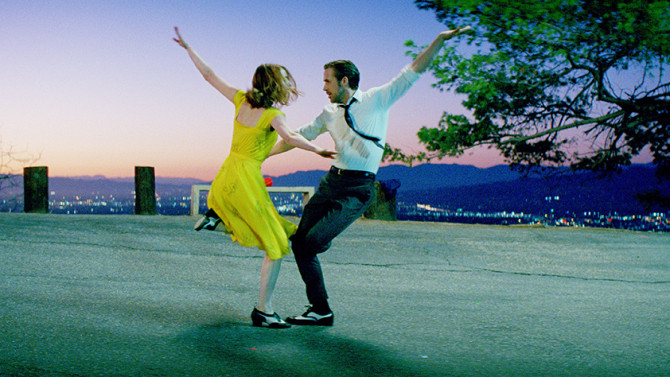 Don’t get me wrong, La La Land is a good movie, but what purpose does it serve? Fences, Moonlight, Hell or High Water, Hidden Figures, all of these films are showing you something that you must see, they are drawing back the veil, La La Land says ‘shhh’ and assures you everything is fine and dandy! And the Academy is chomping at the bit when it comes to this film that glorifies old Hollywood, numbs you from the issues with song and dance, putting nothing but beautiful people in front of the lens, and puts Jazz at the center of its story without incorporating any black people. This year while Hollywood pats itself on the back for being inclusive, it still manages to praise a film that is dangerously tone-deaf and serves as opium for the masses.

Perhaps the escape people are so desperately seeking has to do with a certain newly elected government official, his xenophobic travel ban, and his dense, ignorant, wall. But the  Academy, and movie goers everywhere should not encourage this escape from reality, not at a time like this. Everything is not okay, we won’t be saved by song and dance and beautiful people. In fact, the only way we have a chance is if we lift the veil and acknowledge what is going on around us. Sure films can be trivial but they don’t have to be. They can illuminate, they can inspire, and they can light a flame under the weary and oppressed. There are films nominated this year that I guarantee will do that if you watch them, but don’t be so easily led into the theater that will hush you into la la land.