Bo Burnham’s directorial debut tries to communicate a real understanding of a generation that is often dismissed or dealt with in generalities. The film centers around Kayla (played by Elsie Fisher), an eighth grader trying to find herself in a world where the constant presence of social media allows for the constant tailoring of ones own self-image and no one is truly themselves. However, that idea of constant upkeep of someone’s online self image takes an emotional toll on those young people that fear that, in their real life they are not good enough. Fisher and Burnham do a phenomenal job at communicating that inner turmoil of self that can take place during those crucial and formative years. 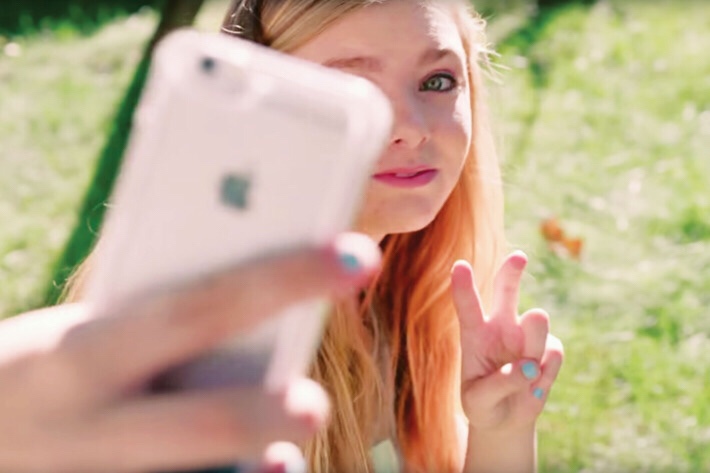 If you don’t know Bo Burnham, then you probably weren’t in eighth grade when he seemingly sprung up from nowhere as a youtube sensation overnight. However the story goes, Bo Burnham arrived on the scene, managing to carve a space for himself in the comedy scene, and now, has tossed his hat in the ring as a promising young Filmmaker with a strong perspective.

With a career that started with comedic songs on Youtube, it is evident that, Burnham understands his film’s subjects, they are a large portion of his fanbase – the youth that catapulted him to stardom. Because of this understanding, our prepubescent characters are presented with care and subtle depth. Sure there are archetypes such as the space cadet popular girls but, unlike other films that deal in this subject matter, they aren’t used to draw the ire of the audience; but instead they represent the dangers of a generation misled to aspire to looks without depth. 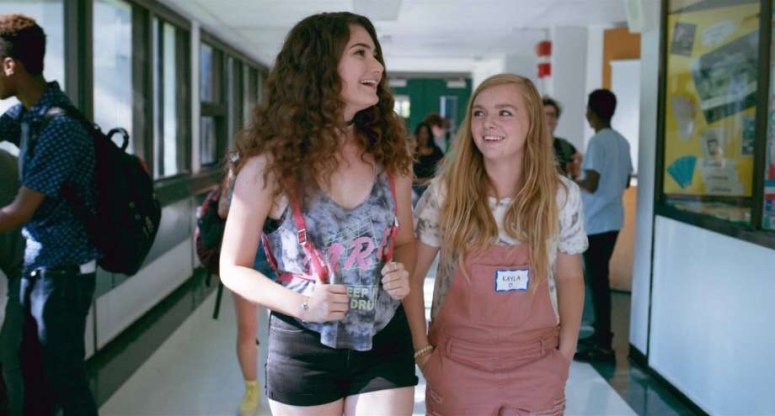 Burnham wants us to know that the Youtube sensation has turned serious Filmmaker. With his slice-of-life approach to storytelling he manages, at times, to serve up some serious Cassavetes vibes. That being said, he is not as committed to basking in those human oddities and intensely uncomfortable moments that Cassavetes films give you. He crams the film with  wall-to-wall music, sometimes really sucking the power out of the visuals he serves up to us. But then he will give you a moment like seeing Kayla’s face illuminated by the glow of her phone throughout the night, or a shot of Kayla in close-up, glued to her phone with headphones on, before jumping to a wide-shot to reveal shes at the dinner table with her father. One of the few scenes in which the deafening soundtrack doesn’t get in the way.

The film feels like it plays both of sides of the fence in terms of knowing what exactly is Burnham’s opinion of this generation of youtubers and aspiring social media starlets he is depicting. The characters are endearing and felt, but at times I wondered if Burnham was condemning his characters too harshly. And to what avail? At times seemingly for just a punchline. 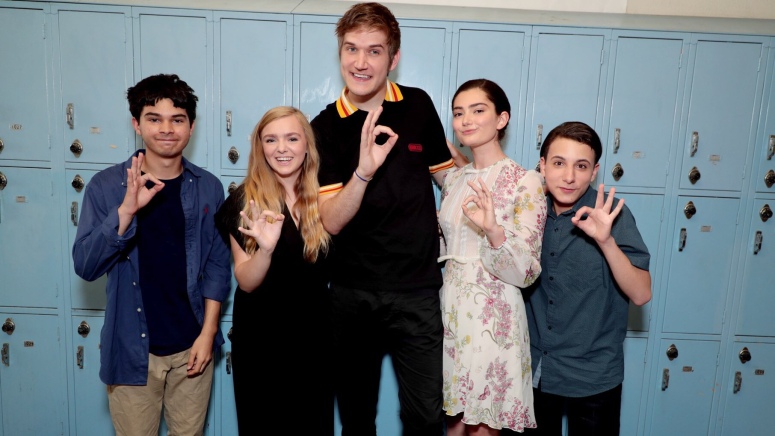 Among the biggest successes of this film are undoubtedly the performances of Elsie Fisher and Jake Ryan, who plays he character Gabe. Fisher brings a great deal of vulnerability to her performance which, unlike other depictions of characters of this type, made me as a viewer not want to just sit back and laugh; but want to reach through the screen and give her some strength and support cause you feel how lonely she is up there. Jake Ryan as Gabe is truly exceptional. his character jumps off the screen and it’s one of those performances that feels too true to have ever been written down in a script and communicated to just any actor. Ryan feels so tied up in the character of Gabe that the idea of performance faded and I felt as if I was watching life unfold. Gabe is a bright ray of light in a film that dips too strongly into cynicism at times. Gabe is Bo Burnhams reminder to the adult audience that, although we are attaching some very heavy themes to these young people, sometimes kids are just kids and that’s awesome.

I want to like the dad, I can tell he’s trying and I’m supposed to think he’s flawed but trying in his own way but, something about his character seems false. From a filmmaker standpoint I kept feeling that there were wasted opportunities in the parental department. That’s just me.

Burnham, a 27 year old white man, centers his movie around a 13 year old girl and the film still feels very personal. Even though some would say, myself included, that it would be difficult for a man to speak to the nuances and intricacies in the formative years of the opposite sex. And. while Burnham doesn’t prove to be ignorant, I feel as if certain themes would have been dealt with differently had this film been made by a female filmmaker. This is not to cast a negative light, but always consider perspective. 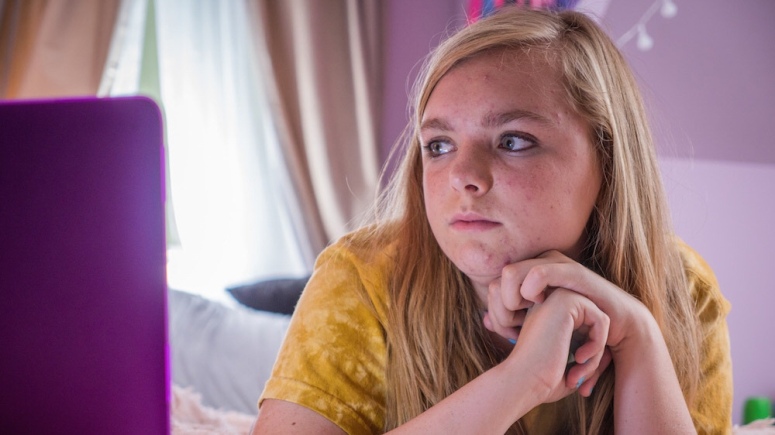 All that said, go see Eighth Grade to experience a break in the conventional coming-of-age tale.